Did you miss any of our past "Social Issues in Historical Context" events? Read about them here! Upcoming events will be posted as they are planned.

The CC History Council are history majors/minors who meet each block and put on history-themed events that speak to and inform our modern day problems.

From the top right, clockwise to the left

Kaimara Herron, graduated from CC in 2016 major in history, was awarded the 2018-2019 Tennin-Alexander Prize for the best non-thesis graduate history paper for her work on “‘In the Hands of Responsible Persons’: Social Services, Memory, and Politics in the Mississippi State Federation of Colored Women’s Clubs, 1904-1942.” 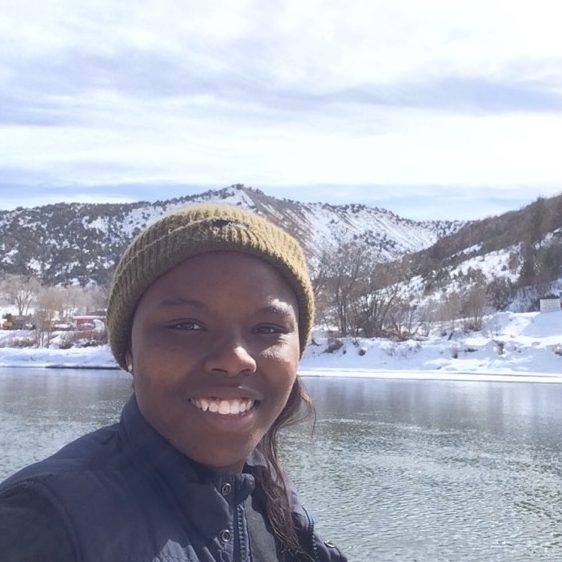 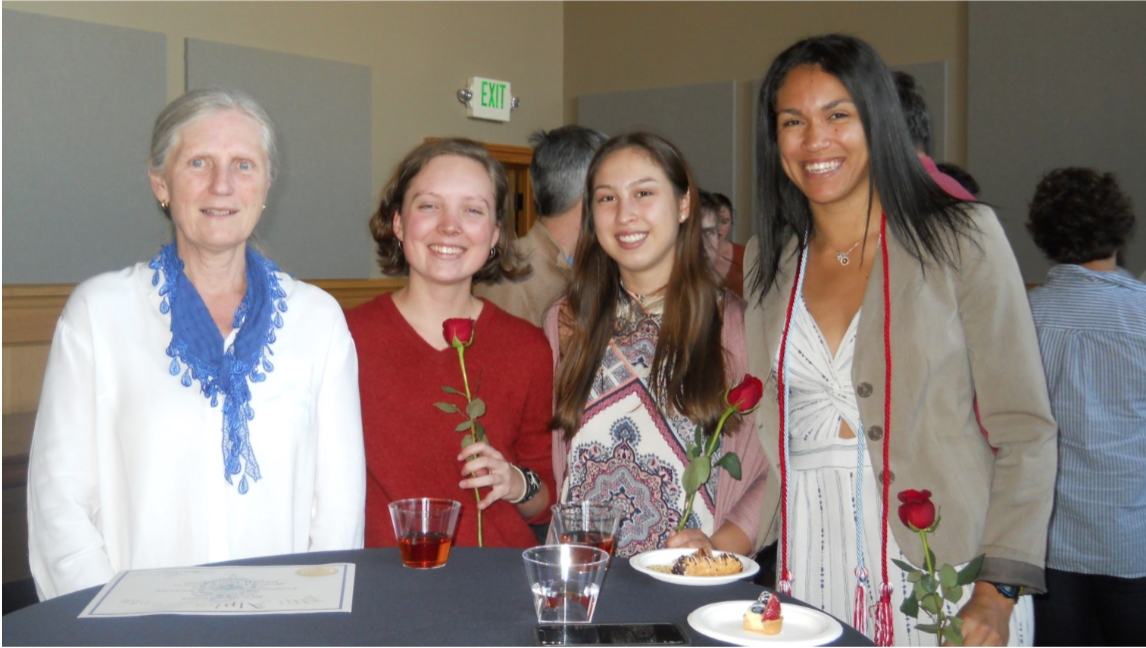 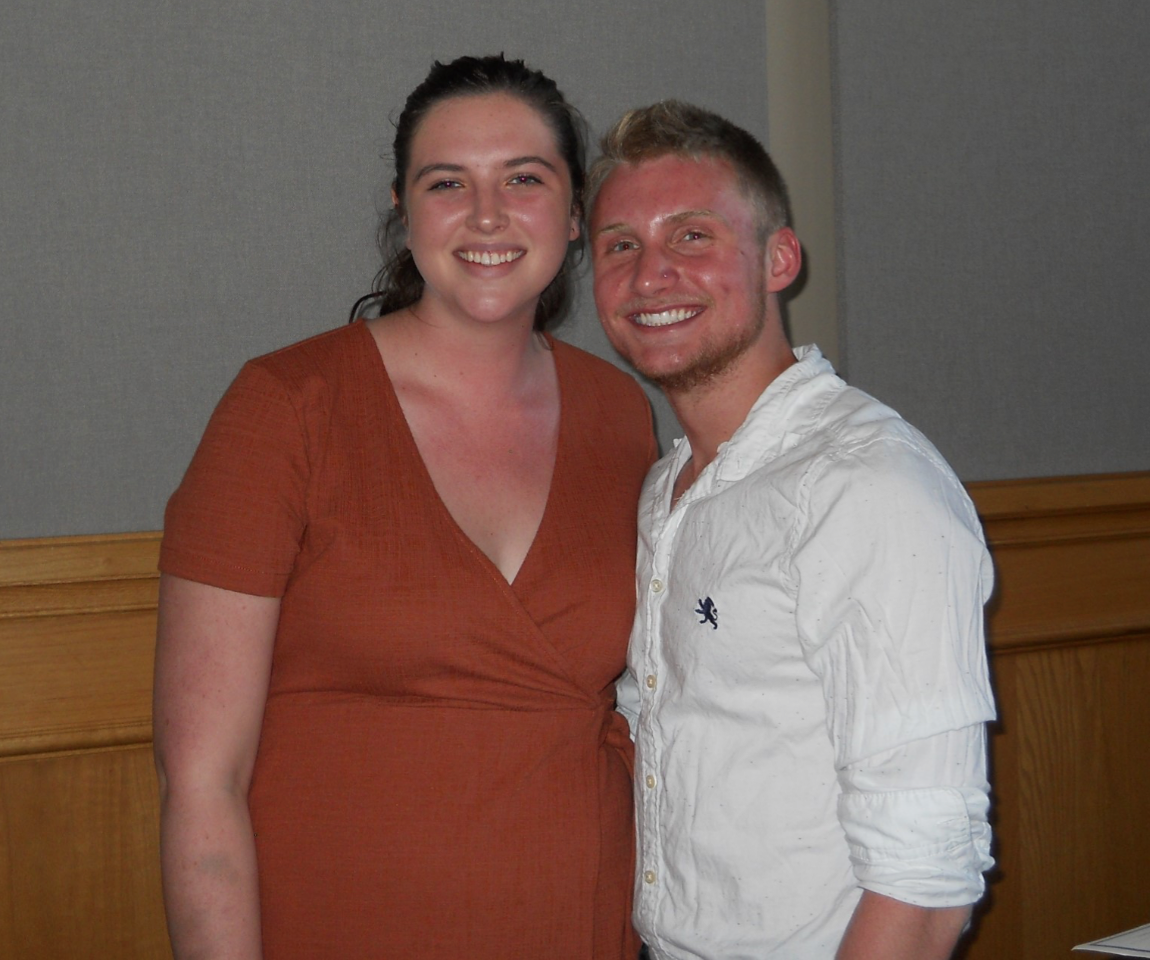 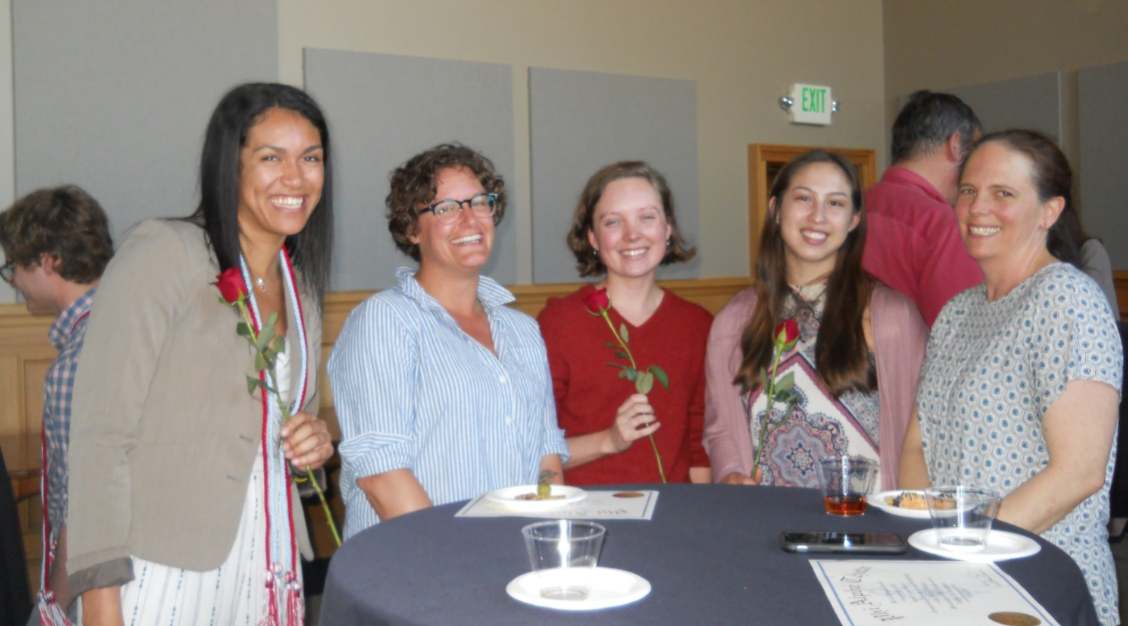 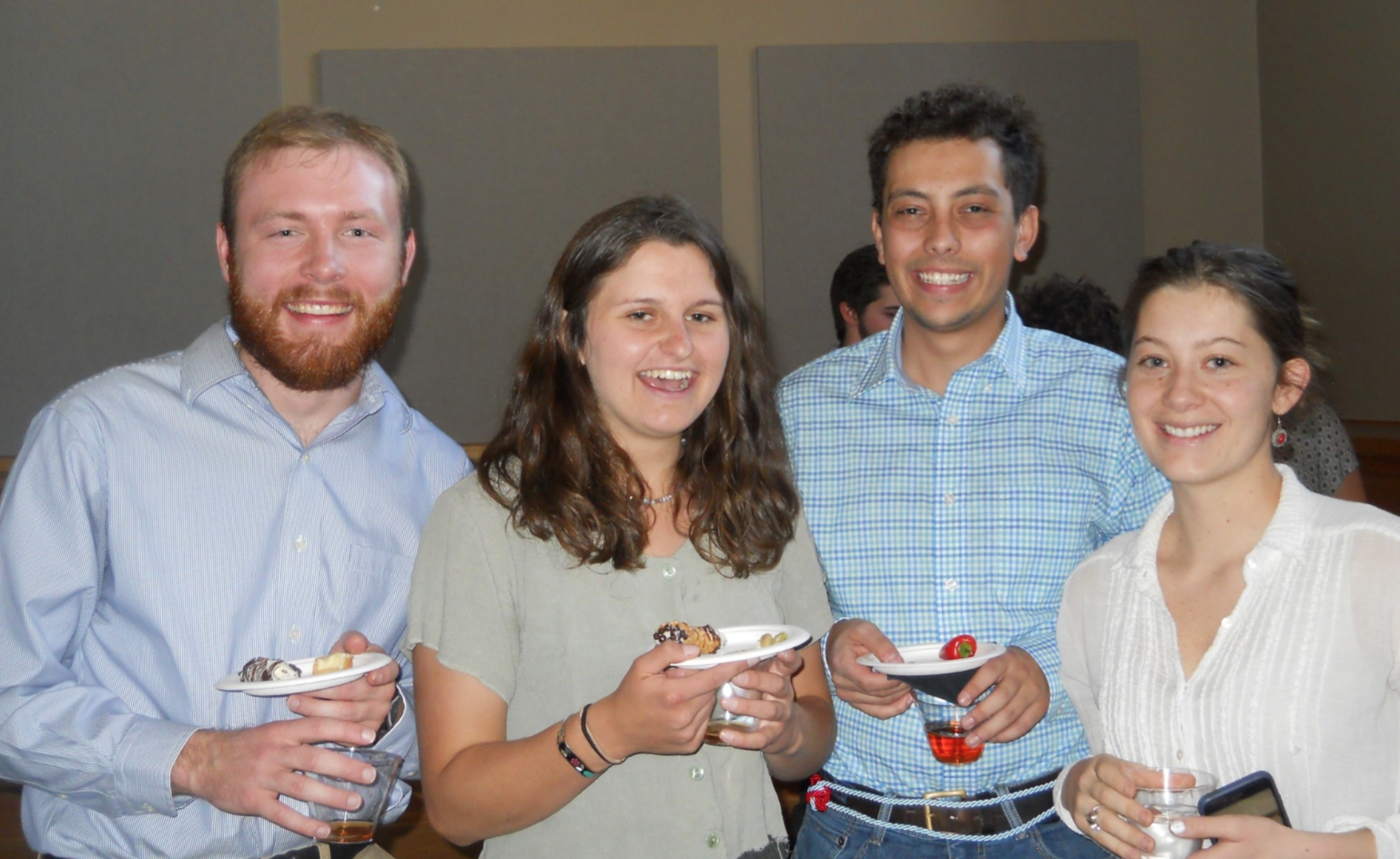 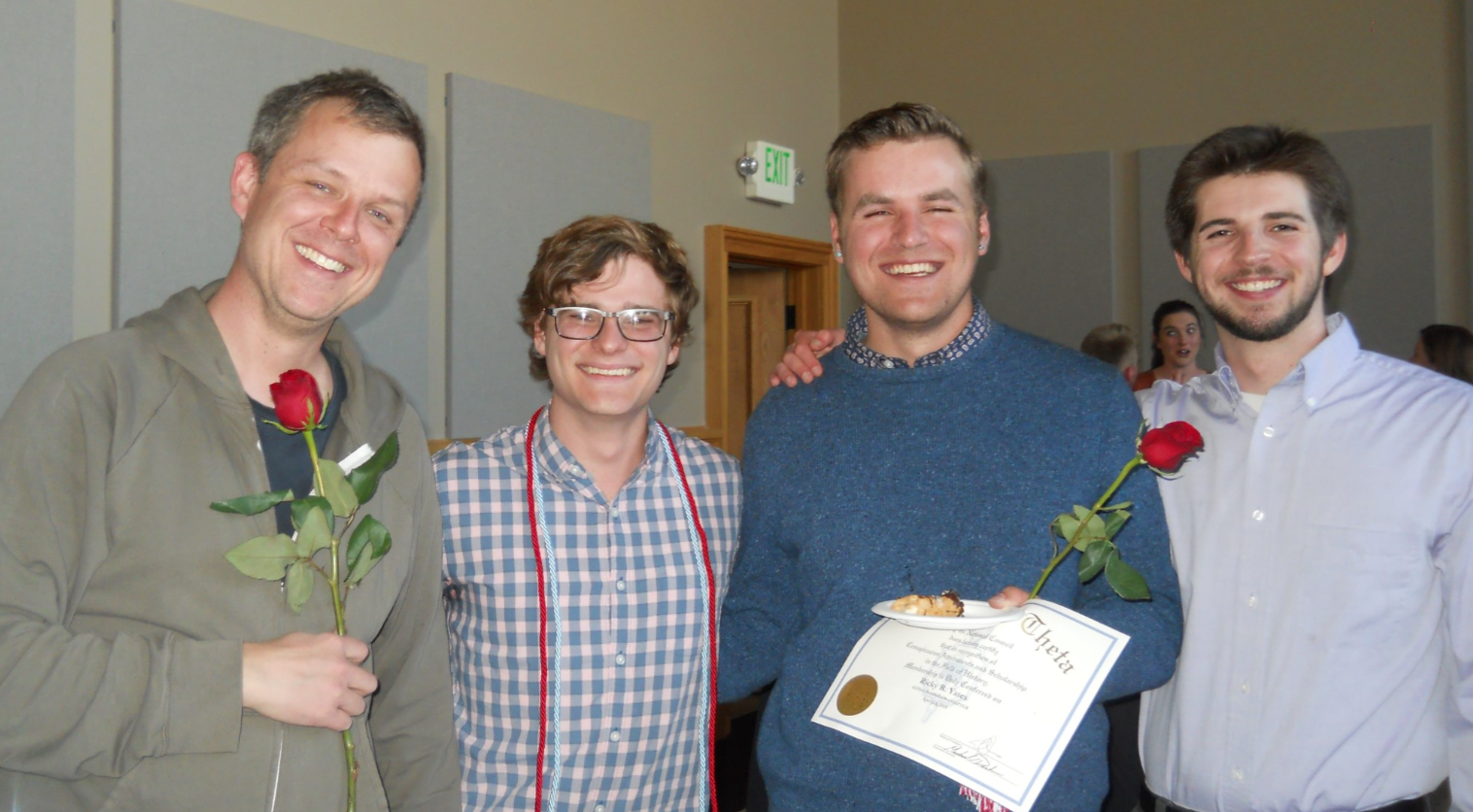 Using late medieval, Renaissance, and modern Italy as cases, the course explores the interactions of power and art. It examines how images, structures, and urban design reflect structures of power, and how the powerful deploy art and architecture as instruments of control.

The course focuses on Florence, with additional trips to Siena, Rome, and Venice. On-site visits supplement reading and discussions. COI.

Please let me know if you’re interested. Email: sashley@coloradocollege.edu or stop by office hours on Tuesdays and Thursdays 1:30-3:00, or by arrangement. Palmer 215F.

Imagine spending block one in Paris next year!

Course Description: In the nineteenth century, Paris reigned supreme as the cultural capital of Europe.  The cycles of revolution and the social instability resulting from industrialization served as backdrops in the city to the most important artistic and literary movements of the century, ranging from Romanticism and Realism to Impressionism, post-Impressionism, and fin-de-siècle decadence.

This course will investigate the birth of modern Paris by using the city as its laboratory.  Visiting monuments such as Notre Dame, the Eiffel Tour, and Sacré Cœur, as well as museums, including the Louvre, Orsay, and Marmottan, will prove central to this exciting intellectual odyssey.  Students will focus on representative artists, such as Delacroix, Courbet, Manet, Monet, and Toulouse-Lautrec, and read some of the most exciting literary texts by Hugo, Zola, and Huysmans in the context of exploring the City of Lights.

The course counts toward the major and minor in Art History or History.  In addition, it fulfills the social inequality requirement for general education.  It has no prerequisites, and knowledge of French is not necessary.  The program is a lot of fun and a great opportunity for students who want a study abroad experience.  We anticipate that it will fill up very quickly, so if you are interested, please contact us.  We will be happy to provide you with further information and put you on our contact list.

Applications will be made available in the near future.  Interviews will take place in block 5. Applications for financial aid will go live on Summit around March 1st. Financial aid for abroad classes runs out quickly, so those who apply early are most likely to get it. Students who are interested should email Gale Murray (gmurray@coloradocollege.edu) or Tip Ragan (bragan@coloradocollege.edu) for more information.

Tip Ragan, Professor of History, and Gale Murray, Professor of Art, are co-teaching a summer course in Paris. Here, the professors join their 10 students to discuss “Huysmans’ Against Nature,” the most famous decadent novel of the 19th century. Following their intense discussion of this strange book, Ragan says the group collectively made a French picnic-style meal. “It was a huge amount of fun.” Photo by Sandy Kinnee.

Colorado College Professor of History Susan Ashley has published a new book, “‘Misfits’ in Fin-de-Siècle France and Italy.” The book, published by Bloomsbury, focuses on conceptions of marginality in late 19th- and early 20th-century Europe.

As the 19th century drew to a close, France and Italy experienced an explosion of crime, vagrancy, insanity, neurosis, and sexual deviance. “‘Misfits’ in Fin-de-Siècle France and Italy” examines how the raft of self-appointed experts that subsequently emerged tried to explain this aberrant behavior and the many consequences this had.

Ashley considers why these different phenomena were understood to be interchangeable versions of the same inborn defects. The book looks at why specialists in newly-minted disciplines in medicine and the social sciences, such as criminology, neurology, and sexology, all claimed that biological flaws – some inherited and some arising from illness or trauma – made it impossible for these “misfits” to adapt to modern life.

Ashley then goes on to analyze the solutions these specialists proposed, often distinguishing between born deviants who belonged in asylums or prisons and “accidental misfits” who deserved solidarity and social support through changes to laws relating to issues such as poverty and unemployment.

The study draws on a comprehensive examination of contemporary texts and features the work of leading authorities such as Cesare Lombroso, Jean-Martin Charcot, and Théodule Ribot, as well as investigators less known now but influential at the time. The comparative aspect also interestingly shows that experts collaborated closely across national and disciplinary borders, employed similar methods and arrived at common conclusions.

You can find the book online here and in print here.

Our emeritus colleague Frank Hammond Tucker died on January 27, 2017. We in the History Department—and his students over many years at Colorado College—knew Frank not only as a scholar of Asian history but also as a polymath and outdoorsman. Frank was born December 29, 1923 in Millville, New Jersey. He studied as an undergraduate at Johns Hopkins University and its Peabody Conservatory, playing for a while with the Baltimore Symphony Orchestra and then completing his graduate study at Georgetown. He attended the Japanese Language School in Boulder, subsequently joining the Navy in 1943. Frank served for several years in Japan, then at the Naval intelligence school in Maryland. He was involved with the establishment of the Southeast Asian group in what later became National Security Agency. He belonged to a variety of historical societies and the Science Fiction Research Association, and was a leader in a variety of Colorado Springs benevolent societies.

Frank was a member of the History Department from 1963 to his retirement in 1989. In that period he authored three books: The White Conscience (1969), The Frontier Spirit and Progress (1980), and Knights of the Mountain Trails: A Century of Hiking in the Mountains and Parks of the Pikes Peak Region (2003). The first two of these studies bespoke his broad learning and skillful framing of large historical questions. The last was close to home and heart—an account of the elite culture of late nineteenth and twentieth century Colorado Springs as seen through the hiking club with which Frank adventured for decades, the Saturday Knights. Frank continued up until the last year of his life to be an active participant in our monthly departmental seminar. We will miss his deep intelligence, his profoundly gentlemanly manner, and the quick flash of his wit, but we are grateful to have been fellow-travellers along his long and richly varied career. Five boxes of his papers are preserved in Tutt Library’s Special Collections. Frank would smile to acknowledge this trove a lively resource for some future researcher into twentieth century scholarship, the love of nature, and service to nation and community.

Social Issues and Historical Contexts Summer students Assistantships - to develop both student research skills and student advocacy of the role of historical investigation in the remediation of contemporary social crises such as mass incarceration.

Applications due on first day of Block 7, March 23