IMPORTANT UPDATE FOR THE BIG IDEA

To learn more about the SSIG Program, visit: https://www.coloradocollege.edu/offices/creativity-innovation/programs/student-seed-innovation-grants.html

What Was The Big Idea Competition?

The Big Idea was an annual business pitch competition in which student teams from Colorado College competed for seed funding to develop their ideas. Entries for The Big Idea took a variety of forms, and could include for-profit businesses, nonprofits, or social enterprises.  Student teams competed in front of a panel of judges in the semi-final round for four spots in The Big Idea final event. At the final event each February, the teams pitched their ideas to an audience comprising the CC community and local entrepreneurs. For The Big Idea competition in 2020, each team received $7,500 to develop their ideas. Before 2020, teams competed for up to $25,000 or $50,000.

The Big Idea Dynamic Half Block

The finalists of the Big Idea 2020 were Geek Girl, Journalista, MemorMe, and Infinite Chemistry.
All teams had ideas focused on social and educational innovation and Creativity & Innovation is excited to see their projects grow!

Independent journalism is fundamental to healthy democracies and thriving communities. Journalista is a community marketplace platform connecting journalists directly with readers in order to promote the ideals of robust local reporting and ethical journalism.

Geek Girl works to close the gender gap in technology by identifying young girls who have taken an interest in computer science and providing them with mentorship opportunities to help maintain their enthusiasm for technology.

Given the diversity of the human experience, objects are rarely ever strictly utilitarian — they are homes for our memories and feelings. MemorMe is an app that uses psychological reassociation to ensure that these memories outlive their physical shells by providing them with a new digital home.

Infinite Chemistry is a software that allows users to import molecules from any online chemical database and manipulate them in virtual reality (VR). Users can rotate molecules, get data on the molecules’ symmetry, and observe molecules interacting and reacting in real time. 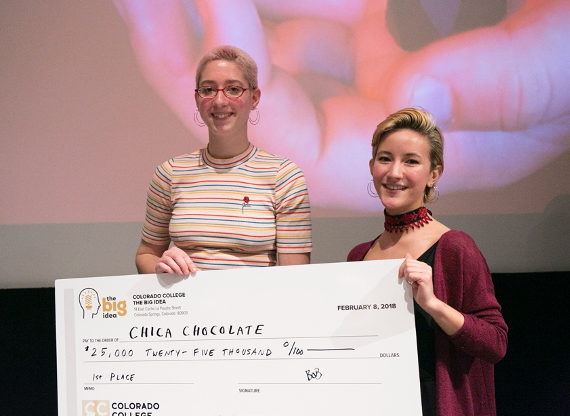 Chica Chocolate won the Big Idea in 2018 and they are presently based in Boulder. They make an herbal-infused chocolate to support balanced hormones and an easier period through natural ingredients. They are continuing to grow their product offerings and have significantly increased their customer base since last year. 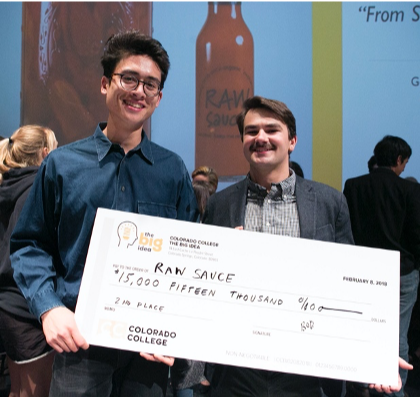 Raw Sauce won third place in the Big Idea in 2018 and have launched their brand in the Bay Area. They make an organic fermented hot sauce that is sustainably farmed and crafted. 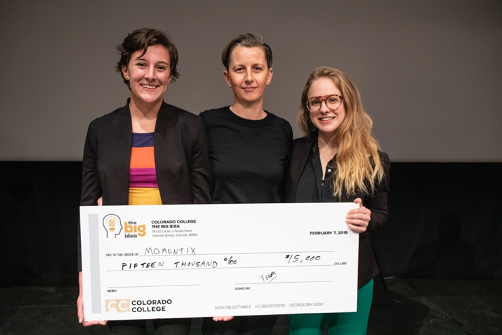 Momentix won the Big Idea in 2019 and are based in Denver. They make toy kits that use chain reactions to teach critical engineering and design skills to kids. They just recently finished their first Kickstarter to move their prototype closer to manufacturing.